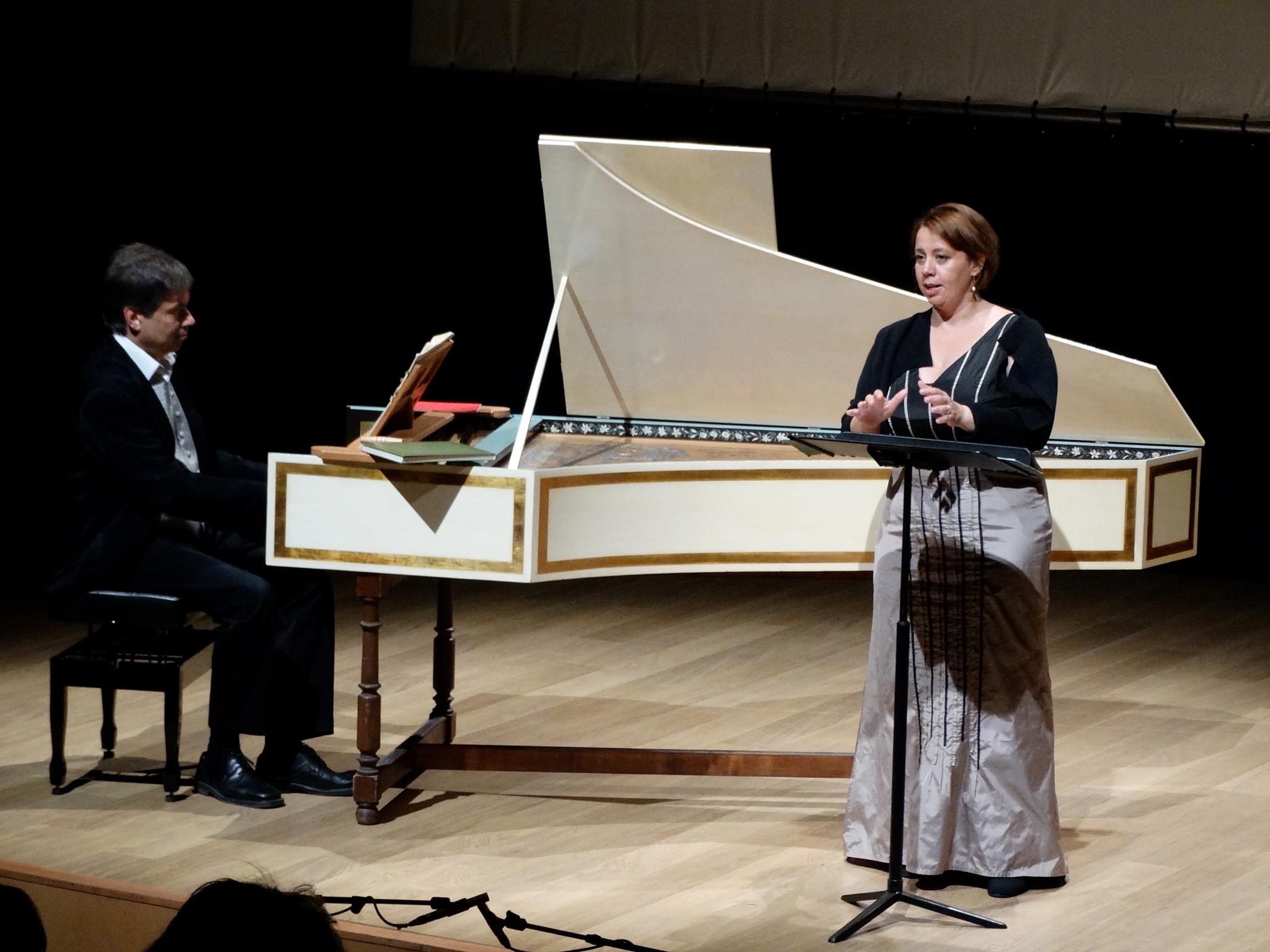 “INTIMATE BACH” a delicious show full of tenderness and good taste, which took place yesterday in the Auditorium and which revolved around the “Bach Family”.
A scenic, natural and very intimate concert.
The soprano Susanna Crespo Held and the harpsichordist Eduard Martínez Borruel showed off their more acting side to make known some of the more unknown passages of the genius composer from Leipzig, without neglecting the musical quality and a high historical and interpretative rigor.

THE NOTEBOOKS of Nuova Scena Antica

In 2009 Nuova Scena Antica publishes I QUADERNI di Nuova Scena Antica, the quarterly online magazine dedicated to art, music and performance. THE NOTEBOOKS were created to collect the significant encounters that took place in the national and international contemporary art scene. 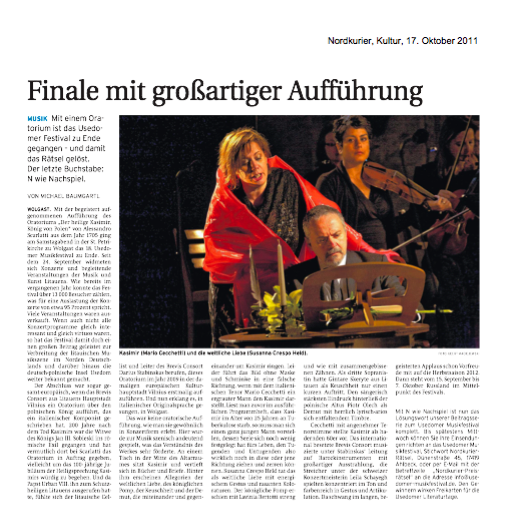 (…) The cantata by Alessandro Scarlatti Sallontana per non falling in love is a fascinating piece in which the voice has clearly highlighted the emotional tensions of the amorous subject of aria and recitative. Followed by the Spanish Cantata No se emendará jamás by Haendl, where voice and theorbo still evoked atmospheres of Baroque song in an unusual version on Spanish text, between languors and passages pervaded by subtle irony. (…) Scarlatti again with others. torments of love in the Cantata Leave, deh leaves in order to torment me, full of contrasting expressive effects that found the soprano expert and passionate interpreter, struggling with a melodic line full of difficulties. (…) The brilliant and virtuosic Cantata RV 796 “Usignoletto Bello” by Antonio Vivaldi, interpreted by Susanna Crespo with fresh timbre and charming accents perfectly in tune with a style this time more lively despite the text again being sentimental traits of unhappiness. Closing with a flourish with Juno’s Aria Quella Liria Innamorata … from the opera The most beautiful name by Antonio Caldara, a jewel of poetry built by adapting a sweet and touching musical line to the lines.

Voice and instruments harmonize perfectly, the music flows organically, coming from a common breath. That’s how it should be. With its crystal-clear, never too reverberant soundscape, the CD is also produced in a correspondingly high quality.

Her voice is agile and clear, scans the passage work, but also the emotional richness of the cantatas for possibilities of multi-faceted timbres and thus manages to give each work its very own atmosphere (…) The Ensemble Musica Poëtica holt with only three instruments maximum variety from the basso continuo parts of the works. Especially in recitatives and quiet parts of the work, the musicians are in top form.

Much seems floating, delicate, almost fragile in its over-refining – it is the equivalent to Rococo painting, as we find it in Watteau’s rural scenes (…) This refinement needs to be carefully and carefully followed in the interpretation, otherwise the chamber cantatas can appear slightly anemic or dramatically overdriven. Susanna Crespo Held seemingly effortlessly masters this tightrope walk with her young, yet rounded soprano voice. (…) The ensemble Musica Poëtica, which is recruited from members of other well-known orchestras in the early music scene, accompanies subtly and adds the necessary darker velvet tones to Crespo’s silvery voice in the background.

The German Susanna Crespo Held, accompanied by harpsichord, cello and lute, sings against suffering and torment with baroque fire.

(…) Alessandro Scarlatti’s cantatas were correspondingly fruitful: 799 of his penned works have survived. The soprano Susanna Crespo Held has selected five particularly beautiful ones for her CD with the Italian ensemble Musica Poëtica: In the sophisticated interplay between recitatives and arias, the poetic world of love’s sorrow and love’s joy unfolds with fervor. (DH)

Her musical imagination was almost limitless, as the five of the 800 cantatas recorded here for the first time prove. Susanna Crespo Held (soprano) and the ensemble Musica Poëtica show how the Neapolitan created noble psychodrams with minimal means.